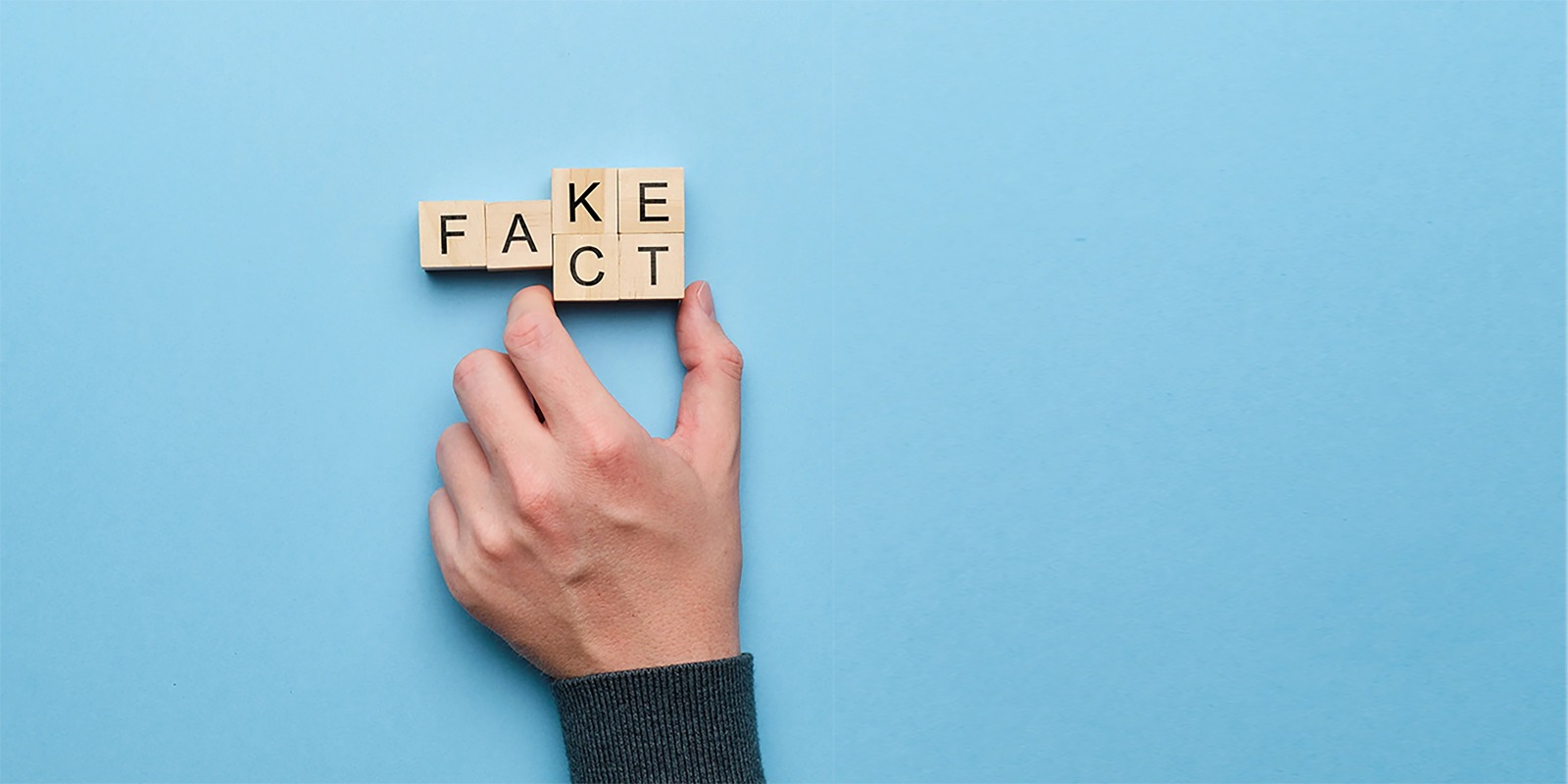 “If we let Turkey invade Syrian Kurdistan, we can be sure of the return of the Islamic State,” former French Minister of Foreign Affairs Bernard Kouchner and writer Patrice Franceschi wrote on 17 August. 5 https://www.lemonde.fr/en/international/article/2022/08/17/if-we-let-turkey-invade-syrian-kurdistan-we-can-be-sure-of-the-return-of-the-islamic-state_5993850_4.html But this piece calls for a fact check.

First of all, the areas Ankara has announced are Tal Rifaat and Manbij. These areas are not Syrian Kurdistan, but Arab areas. Northern Syria has majority Kurdish towns and majority Arab towns. In 2016, the entire Arab population was displaced in Tal Rifaat, a (historically) majority Arab town in  a coordinated military operation by Russia, the Syrian regime, and militants from the People’s Defense Units (YPG) from Afrin. The YPG also attempted to connect the majority Kurdish enclaves of Kobani and Afrin through majority Arab areas, triggering a flow of Arabs refugees mainly from the two towns and surrounding villages to the Turkish border. Bachir Aleito Abu al-Kheir, head of the Tal Rifaat political office, told al-Monitor in 2019 that over 100,000 people had been displaced from the area. These people— either in camps, Azaz, or somewhere else in the area, and also in Turkey—just want to return to their areas.

This is not ‘resettling Islamists in their territory’ as the authors claim, this is rather removing the YPG/PKK, which leadership in Afrin and now in Tel Rifaat are non-Syrian Kurds.’ Several locals told me that when they met these leaders, there was always a translator; they didn’t speak the local Afrini Kurdish, nor did they speak Syrian Arabic. These expelled IDPs and local FSA fighters are rather a mix of the society there in northern Syria, that is conservative. They might not have female fighters, but also do not kidnap female minors for their military camps.

“In the Western part of northern Syria, the YPG coordinates with the Russians, while in the east with the Americans,” Abdallah al-Hafi told me in Azaz. He is the Syrian Local Councils Unit Director in Azaz. “The YPG practices were a point of no return for the Arab locals in the areas neighbouring Afrin. There was no intention of the Free Syrian Army (FSA) to enter Afrin. There were no problems at all. Not between the Assad -opposed Kurds and the Assad -opposed rebels. Firstly, the YPG made a Russian base in Afrin, in Kafr Janna, and Russia entered. Secondly, when the regime was besieged in Nubul and Zahraa, they let them escape. Thirdly, there was Ayn Daqna. It became a war. One sees his brother’s corpse, or his cousin’s, or his friend’s, and the YPG militants put the corpses on a loader and paraded them. After that, it was over. They tried to take Azaz, if they could,” Al-Hafi stated. This does by no means justifies the looting that consequently happened in Afrin, but it provides context of what happened in the area.

“We can be sure of the return of the Islamic State,” Kouchner and Franceschi write.

Well, the local rebels from Tal Rifaat, Aleppo, Marea, Azaz, these areas in Aleppo province joined forces in January 2014 to fight ISIS. They expelled ISIS from Aleppo in two weeks, then Atareb Dar Al-Izza west of Aleppo and Tel Rifaat and other towns north of Aleppo. This was about nine months before YPG started to fight ISIS in Kobani and before the international coalition against ISIS started in September 2014. A battalion of these FSA rebels from Aleppo went to Kobani to help YPG in battle. The former US ambassador Robert Ford wrote a piece about the commander of this battalion, Colonel Abdel Jabar Akeidi. He is not an Islamist. The author interviewed Colonel Akeidi in Gaziantep last year and followed his interviews in Arab media. These rebels killed ISIS leader Haji Bakr in Tel Rifaat. German war correspondent Christoph Reuter wrote about this in Der Spiegel. And like the SDF, these rebels lost many thousands of men fighting ISIS. Still by ISIS sleeper cells, such as the April this year attack on an SNA Levant Front checkpoint in Sijjo, north of Azaz, which killed five members, including a leader, and a few hours later, the headquarters of the coalition attacked by ISIS as well.

“This time, we are celebrating the 10th anniversary of the region’s autonomy, a 2012 conquest from the grips of the Assad regime, during the Arab Spring,” Kouchner and Franceschi write.

This is simply not true, because there was no conquest. In 2012 the Syrian regime handed over the Kurdish majority areas in the north to the PYD to crush the Syrian Revolution against the regime there, and it needed its troops in the Damascus area for its survival. The regime held however a foothold, a security square, in its two main cities, Qamishli and Hasaka. In the security square of Hasaka Hezbollah fighters arrived recently. 6 https://twitter.com/HussamHamoud/status/1561661961921875968?t=KpY3vqSYTGGjgKrr2jHXhQ&s=08

The defected security director of Qamishli, in Syria’s northeast Hasaka province, told the author: “I got orders to hand over all police departments to the PYD/YPG. We even handed them the new weapons and equipment we had received only months before.”

In Afrin City, Koran Ahmad, the Kurdish chairman of the board of Bahar, an NGO working in opposition-held and SDF-held parts of northern Syria, told the author: “It was in June or July 2012, the PYD announced a curfew, so the people wouldn’t leave the house. We heard a few shots. I was standing on the balcony, there was nothing on the ground. Two hours later, they said we had the victory over the regime and we took the areas. Now, there is no Syrian regime here anymore. And really, the next day, when we went out on the street, the regime wasn’t there anymore. They said we won from the regime with the fact that the regime elements stayed but changed their clothes from military to civil and stayed among the people.” When asked about the popularity of the PYD among Syrian Kurds, he said: “It’s one percent.”  Interviewees in northeastern Syria might say it is a bit higher, also because of the jobs provided.

The YPG also helped the regime to retake Eastern Aleppo, and it let regime forces in the areas it had ceased. In October 2019, “they agreed the regime to enter northern Syria on three fronts”, Syrian author Hassan Hassan wrote on twitter. “1) Tabqa to Ain Eissa & up to Turkish borders to the west of Tal Abyad. 2) Manbij to Kobane till Tal Abyad and then westward. 3) Hasaka (province), from Tal Tamr to Ras al-Ayn till Qamishli, Malikiyah and southward.” 7 https://twitter.com/hxhassan/status/1184219468681109509?t=0md78eTQUOlf_iBuKdJxuw&s=08

In ‘Democratic Confederalism or Counter-Revolution?’ 8 https://qunfuz.com/2016/02/22/democratic-confederalism-or-counter-revolution/ Syrian author Robin Yassin-Kassab quotes activist and aid worker, Serdar Ahmad: “It was the PYD which stopped our (2004) Kurdish revolution, just as in 2011, it was the PYD that acted as Assad’s shabeeha in the Kurdish areas, beating protestors with sticks.”

The Syrian Kurdish National Council, PYD’s main rival has even halted the intra Syrian Kurdish talks, because of all the ongoing violations against their members and supporters, like igniting their offices, arresting and or threatening their cadres, and against journalists. Add the kidnapping of girls and boys, Kurds mainly, but also of other groups, and one can only conclude that the rulers of Northeast Syria are, of course better than the Assad regime, but they are no democrats at all. They fought fiercely against ISIS, many PKK fighters had years of combat experience against Turkey. The FSA rebels as explained also fought fiercely against ISIS.

“Finally, the center of Rojava, which Erdogan seized in 2019, continues to serve as a support base for the ISIS sleeper cells – which it has managed to maintain in the areas liberated by the SDF – that keep growing in anticipation of the big day when they will rise together against the Kurds, during the next Turkish invastion,” Kouchner and Fransceschi write.

Firstly, Tel Abyad, which Turkey entered in 2019, is also not Rojava, it is an (historically) Arab town; a lot of Arabs of the same al-Qais tribe live in the Turkish mirror town Akcakale, for example. And Ras al-Ayn was a majority Arab town. That of course doesn’t justify the looting of properties of Kurdish families at all, and all the Kurds who fled should have been enabled to safely return. But again this gives context that Arabs also have their story of displacement and want to go home.

Secondly, SNA fighters are being killed by ISIS sleeper cells as SDF fighters are.  Some FSA factions are part of SDF in the first place, as Kurdish anti-Assad fighters and leaders were and still are part of SNA groups. So this assessment of Kouchner and Franceschi is easy to refute.

An Accidental Operation: The Death of Abu Hassan

YPG and PKK: are you looking closely?