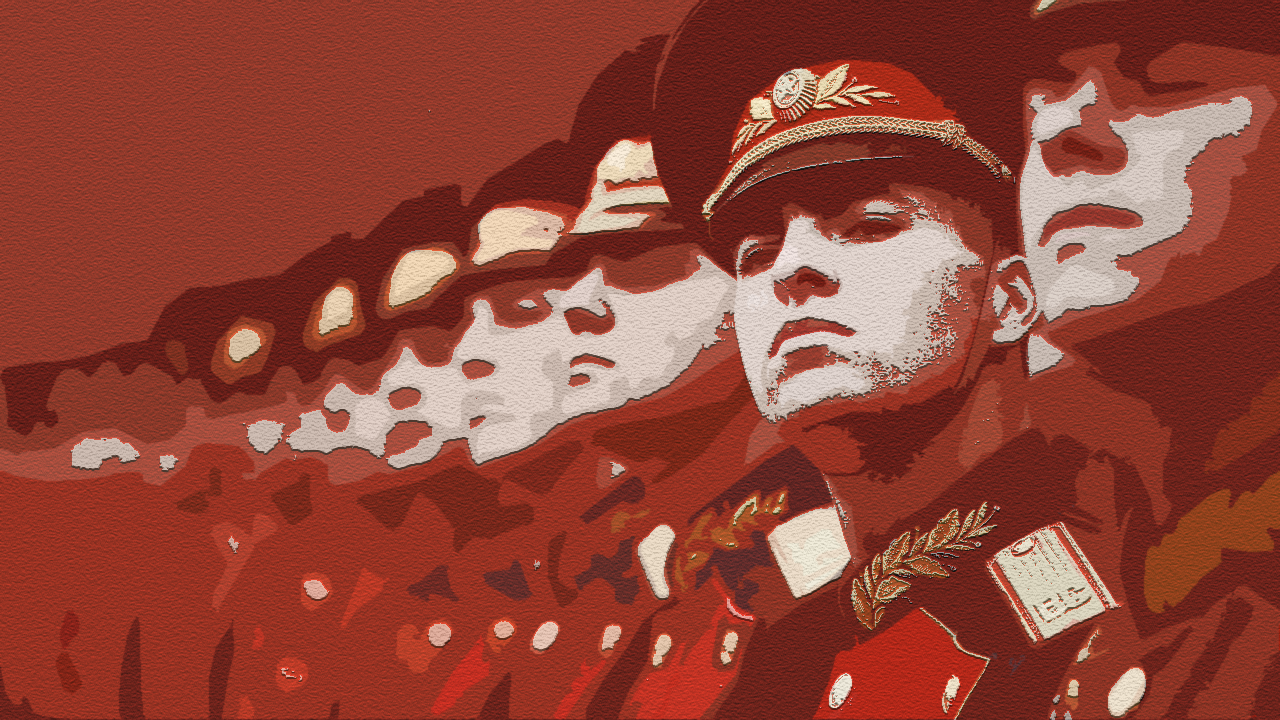 In the contemporary world, although military power is not the only instrument that promotes an increase in a country’s level of influence, it still emerges as one of the most significant components when considering the nature of ongoing conflicts and the foreign policy dispositions of some major players in the international area. Russia is undoubtedly one of the countries that attaches primary significance to military power. In recent years, it has taken destabilizing steps towards its neighboring countries and occured as a player in the unstable war environments of the countries that are not close to its geopolitical field. More specifically, Russia comes into the forefront with its illegal annexation of Crimean Peninsula from Ukraine in 2014 alongside its interventions in conflict areas such as Syria and Ukraine’s Donbass region. Besides, Russia continues to arm itself at full speed in almost every corner of its territory. One of the most recent precedent for this is the arming of the Kuril Islands in the Pacific Ocean. It is reported that Russia has added the S-300 and S-400 air defense systems as an addition to the Tor M-2 missile systems that were previously deployed in the Kuril Islands which is a disputed area that Japan also claims territorial rights on the island.12 Russia deploys missiles to Pacific islands claimed by Japan However, it has an offensive level of armament and a tendency to consolidate its military strength in almost all its territories, from the Kaliningrad exclave in European geography to the Arctic.

Prioritizing military strength in its foreign policy, Russia is in an effort to increase its military activity not only within its national borders but also in many regions internationally. In addition to activities such as regional excessive armament and involvement in conflict areas, Russia continues to add new military bases to its existing military bases overseas. As of 2018, Russia reportedly has more than 20 military bases abroad.13 Russia’s Military Compared to the U.S.: Which Country Has More Military Bases Across the World? It is obvious that the boost of military power is extremely crucial for Russia that efforts to expanse its military power by obtaining military bases in strategically important areas outside its borders as well. Especially the geopolitics of Africa and the Middle East, which countries such as the United States and China try to keep under direct and constant influence through various instruments, are also extremely significant for Russia. In this context, Russia has carried out a strategic initiative that can be considered a clear confirmation of this situation. With the agreement signed with Sudan, Russia obtained a military base in a strategically important geography like the Red Sea. This situation has the potential to affect international relations both regionally and globally and generate new dynamics to emerge in the region.

New Russian Naval Base Deal in Sudan: “A Key to Africa”

While the world has been struggling with Covid-19 pandemic, Russia on the other hand signed an agreement with Sudan in mid-November which granting permission to Russia for establishing a new naval military base at Port Sudan. According to this agreement, Russia will be able to deploy 4 military ships, including nuclear ones, in Port Sudan. It is stated that 300 personnel will be employed in the facility, which will be used as the ‘logistics base’ of the Russian navy. It is also stated that the agreement was signed for a period of 25 years, and when this period expires, an extension of 10 years can be made.14 Russian Naval Base in Sudan: Extending Moscow’s Influence in Middle East and North Africa

Port Sudan, where Russia will build its military base, is in a strategic location in the Red Sea. Mediterranean Sea is accessible through the Suez Canal in the north, and the Gulf of Aden and the Indian Ocean are reached in the south through the Bab al-Mandab Strait. Due to the economic, military and strategic significance of the region, the Red Sea Basin has become attractive for countries such as the United States, Russia, China, France, and the UK which want to fill the power gap that has become apparent especially after the Arab Spring process; and, these countries have tried to acquire military bases in the region or tried to reinforce their existing bases.15 Kızıldeniz Raporu: Ortadoğu’da Çekişmenin Görünmeyen Cephesi

Russia’s acquisition of a military base in Sudan could be interpreted from various perspectives. One of these different approaches was presented as to the potentiality of Russia’s volition of seeking raw materials in Sudan which is known for its gold mine reserves. Russian military journalist Alexander Golz who made this remark to DW also stated that Russia might “close the trade routes” in case of a possible conflict with the West.16 With Sudan naval base, Russia may have a ‘key to Africa’ Considering the nature of relations between Russia and the European countries, it is possible for the European countries to perceive the establishment of the new Russian naval base in Sudan as a threat to the international trade routes. In addition, it is another possibility that Russia would take advantage of the ongoing tensions in the Eastern Mediterranean and contribute to the instability of the region.

On the other hand, the idea of ​​establishing a Russian military naval base in Sudan was put forward by the then-Sudanese president Omar al-Bashir who met with Putin in Sochi in 2017. It is reported that the former Sudanese president al-Bashir described Sudan as “Russia’s key to Africa” ​​and demanded Russia to establish a military base in the borders of his country with an anti-US attitude.17 Russia Scales Up Military Presence in Africa With New Naval Base in Sudan For now, it is difficult to say which doors Russia will open with this ‘key’ or for what purpose. Nevertheless, the impacts and reflections of Russia’s acquisition of a naval base in the Red Sea basin, as well as the fact that it has gained it for a period of 25 years, could become visible in the region and in the international area in the long term. However, it has become more prominent with this initiative that Russia is trying to expand and strengthen its ‘military network’ on a global scale by adding a new one with the planned naval base in Sudan to its overseas military bases.

Excessive Armament of Kaliningrad and Arctic

In addition to Russia’s acquisition of military bases overseas and taking part as a player in military conflicts in areas such as Ukraine and Syria, it is observed that it has gone to excessive armament in the Kaliningrad exclave, which is a Russian territory within the borders of the European Union. The relations between Europe and Russia, which have already been tensed with the annexation of Crimea, continue to proceed negatively with Russia’s ongoing efforts to consolidate its military power by excessive armament in this regions. Kaliningrad, which is home to the main headquarters of the Baltic Fleet (a part of the Russian Navy), is a region where Russia and NATO confront each other and where military friction is experienced between the two forces at intervals. In fact, the statements of Baltic Fleet Admiral Alexander Nosatov were cited in the way that the excessive military reinforcement in the region was ‘a response to NATO’ and the Western military alliance had recently deployed an armored tank unit and several multinational tactical and other offensive units.18 Russia adds firepower to Kaliningrad exclave citing NATO threat In other words, Russia claims that this extreme armament situation is a ‘preventive’ move against the NATO threat in the Baltic region. On the other hand, it is referred that “Russia is pioneering unregulated new technologies, has greatly expanded its arsenal of precision-guided, dual-capable missiles, and has deployed advanced weaponry into new territories such as Kaliningrad, High North (Arctic), and Crimea” in a report published by NATO with the title of ‘NATO 2030: United for a New Era’.19 NATO 2030: United for a New Era [/af]

Another region where Russia tries to maximize its physical military power and which has recently come to the forefront as a new competition area for the ‘great powers’ is the Arctic region. In 2018, China published a white paper describing itself as a ‘near-Arctic state’, while making a spurt as if to remind that Russia is not the only actor in the geopolitics of Arctic.19 China, Russia, and Arctic Geopolitics For now, while China-Russia relations stand out in the Arctic region with its economic dimension and progress within this framework, what kind of characteristics this relationship will have in the future and whether it will turn into a power struggle for domination in the region is another content of debate. On the other hand, the increasing influence of Russia and China in the Arctic geopolitics alarmed the US immediately and caused precautionary policies and initiatives towards the region to be acquired currency in the foreign policy of the US in the recent years. In 2019, a highly detailed report outlining the Arctic Strategy was published by the US Department of Defense. In this report, it is stated that Arctic region currently comes to the forefront as a “strategic competition” area. In addition, the Greenland-Iceland-UK-Norway gap is also discussed as a ‘strategic corridor’ for naval operations between the Arctic and the North Atlantic.20 2019 Department of Defense Arctic Strategy

According to the latest statement by Northern Fleet Chief of Staff Vice-Admiral Vladimir Grishechkin, Russia is not facing any threat that would force it to use military force in the Arctic, yet Russian military consolidation in the region continues at full speed. However, the admiral’s statements are conveyed that Russia’s Northern Fleet has received advanced weapons, including frigates, amphibious attack ships, coastal air defense systems, anti-submarine warfare aircrafts and support ships, as well as nuclear powered underwater cruisers. 21 Russia sees no challenges in Arctic that require use of military force — Fleet’s top brass Russia basically claims that it is carrying out this impetuous and excessive military armament in the Arctic region against a potential attack from NATO. As a matter of fact, this kind of armament of Russia against a “potential NATO attack” seems more than a defensive reflex. Likewise, the 50 Soviet-era military bases that were previously closed but reopened with air and naval early warning and defense systems frame the military presence of Russia in the Arctic region. Russia’s military presence in the region was integrated by renovating 13 air bases, 10 radar stations, 20 border outposts and 10 integrated emergency rescue stations. Russia is also conducting nuclear-powered submarine drone firing tests in the Arctic.22 The Ice Curtain: Russia’s Arctic Military Presence That is to say, Russia’s military activities in the Arctic are ‘one step further’ than merely defensive.

Consequently, overseas base expansions and excessive armament activities in its own environmental geopolitics point out that Russia is not only in a defensive tendency, but as a step further than this, these actions also have an offensive aspect. Anyway, with the annexation of Crimea in 2014 and its attitude towards the territorial integrity of Ukraine, Russia has shown that it is not a country acting exclusively within the context of defense policies. In addition to its regionally destabilizing moves, Russia has the potential to threaten international security at the global level with its additional acts on its military strength by acquiring new military bases overseas and arming excessively in many strategically important regions. Already continuing its military presence in the Middle East with its involvement in the Syrian war, Russia has gained the opportunity to demonstrate itself as a military actor in African geopolitics and to influence this geography with its new naval military base. From now on, Russia will recognize the opportunity and right to intervene in any conflict that may arise in the African geopolitics, especially in countries neighboring the Red Sea basin. By highlighting the NATO threat in Europe and the Arctic and trying to normalize its armament level, Russia will be able to implement any destabilizing action it has planned just like it did in Crimea.