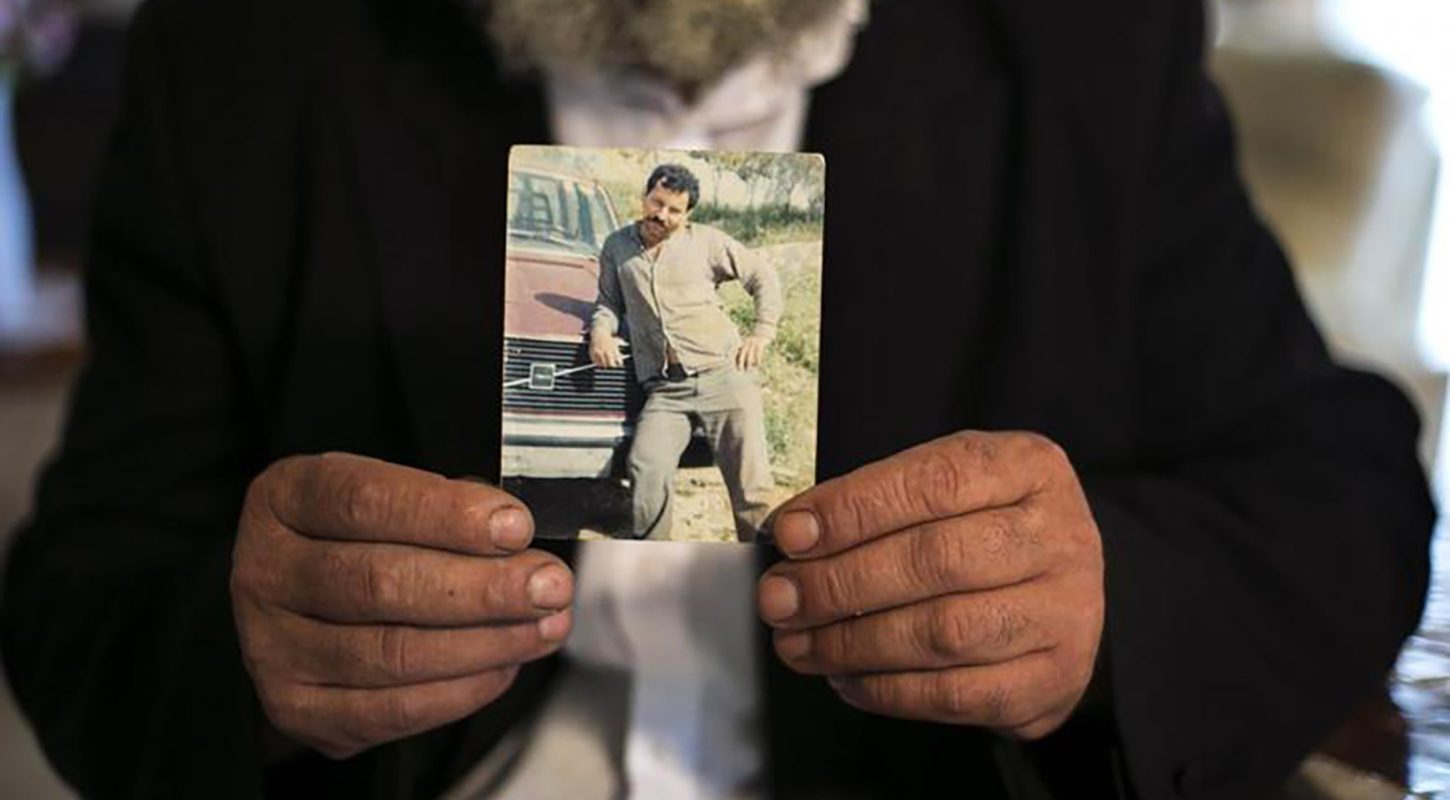 Faıthful Jew Who Was a Spy ın Hezbollah

Safed is located in northern Israel and just 12 kilometers away from the border with Lebanon. This city has been hosting the one strange Lebanese men, who has been called Avraham Sinai for the last twenty-four years. His original name in Arabic was Ibrahim Yassin, once an ordinary Muslim, nowadays living as a Jew. His story goes back to the Israel’s occupation of Lebanon in 1982. In his words, he and his family were Shiite but non-religious people who lived in one of the small villages in Lebanon.

In the atmosphere of Lebanese Civil War and Israeli Occupation, Lebanon has been gradually dragged into a more chaotic situation. The difficulties of war were spreading all across Lebanon: internal and external interventions, bombings, clashes all days and nights.  But while all this was going on, some inconspicuous suspicious events were occurring in Southern Lebanon.

Ibrahim was a cattle farmer in southern Lebanon. In 1983, one sunny day, his wife gave birth. The couple were only nineteen when they had their first child. During the birth, Ibrahim was busy with work.  Therefore, his family asked the Israeli forces for medical help because their region was under the occupation of the IDF. The intelligence officer from IDF, Tzachi Bareket, arranged all the procedures for the medical operation in Israel. After the successful operation, Ibrahim’s brother, who was a member of the South Lebanese Army, brought back Ibrahim’s wife and the child to the home.

Perspective of his narratives, tells the first touch with him and the Israeli forces. IDF officers tried to look for the people who helped themselves for information flow in the region. It was around the time of the birth of Ibrahim’s child that the IDF had begun looking for people in the area to help with the flow of information. What Ibrahim and his family went through with the IDF could have been a good start between locals and intelligence soldiers. Later, Ibrahim confirmed in one of his interviews that the Mossad came to him after the birth of his child and asked them to spy for them within the PLO which Israeli forces struggled with those days. Because of that, they had to reach Beirut, from multiple fronts to destroy the PLO as Yasser Arafat had chosen Beirut and Lebanon as a main camp for the resistance after the Black September.

Ibrahim’s relations with Israelis caused him to had a bloody experience with Hezbollah, which resulted in the death of one of his family members. He had felt depressed, however determined to work for Mossad in rage and revenge. He was in touch with both Mossad and an IDF intelligence units, and his handler was usually military personnel. For example, retired major general Yoav Mordechai, who was the spokesman for the IDF from 2011-13, was responsible for Ibrahim’s espionage activities in Hezbollah. This relationship was more than a relationship that is between an intelligence officer and spy. Such that, Mordechai involved Ibrahim’s family issues with medical supplements for the birth of a new child after the death of one of his kids.

Operation of Galilee was aimed PLO’s removal from the Lebanon to prevent the resistance attacks to Israel from the border area and direct threats to the northern part of the country, and began in June 1982. Today, still, PLO camps in Southern Lebanon host the many various armed groups or individuals.

After PLO’s withdrawn from Lebanon, there was a power vacuum. And other armed elements quickly demonstrated their intention for fullfil it. Hezbollah was one of these group was which had its support base (with AMAL Movement) within the Lebanese Shiites, one of the largest communities in country. In this era, Hezbollah had started to raise from the substratum with help of Iran. The organization had united many different Lebanese Shiite groups for one aim and served the Velayat-e Faqih Ayatollah Ruhollah Khomeini. This action aimed struggle against the Israel in southern Lebanon.

From Hezbollah to Judaism

His spy career in Hezbollah began after his Israeli handlers convinced him to join the party ranks. They were successful even it was difficult to convince İbrahim to embark on such a dangerous journey within his adversaries. After acceptance, Hezbollah’s first duty for Ibrahim was to convey the information, obtained from the AMAL Movements passed to the party, as a member of Hezbollah’s intelligence unit. However, he was held in the Syrian prison because of suspicious activities for a year in 1989. After his release, he continued to spy on Hezbollah for Israel. He claimed that he had a role in the assassination of the Hezbollah’s first leader Abbas Mousavi in 1992. He admitted that he not only had access to information preventing attacks and infiltrations into Israel but was also involved in other assassinations of Hezbollah figures. One day, Mossad warned Ibrahim Yassin for he had become known by the Syrians for his connection with IDF and Mossad. He considered moving to Southern Lebanon when the area was under Israeli occupation and many collaborators lived there. Instead, Mossad offered him to move to Israel for security reasons. He ran away from Lebanon to the Israeli border while Hezbollah spread the information and pictures belonging to him to their checkpoints for his capture in 1997. After 14 years of difficulties and danger, his career in Hezbollah ended. İbrahim decided to start a new life in Israel and retire from spying business.

He was relocated in Safed with his family. After thinking period, he explained to his family that he decided to convert to Judaism. One of Israeli officials went to Orthodox Chief Rabbi of Safed Shmuel Eliyahu, with Ibrahim Yassin. He told the situation and background of Ibrahim to Rabbi Eliyahu. After that moment, Ibrahim Yassin converted to Avraham Sinai, from Muslim to the Jew. Once a times’ Hezbollah member, now living in Safed, which is 12 kilometers from Lebanon. His entire family converted to Orthodox Judaism, the younger child does not know Arabic and other members served in IDF ranks in of the Lebanon and Syria border fronts.